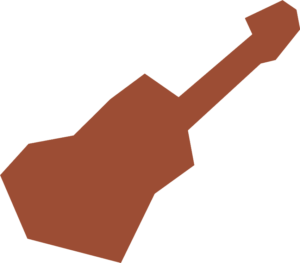 Håvard Enstad, born 31.12.84, is a pianist, cellist and composer from Norway. He started to play piano at the age of 8, and also started composing at a very young age. At the age of 18 he entered the Norwegian Academy of Music to study with professor Jens Harald Bratlie, and was there for 3 years before he left to study one year as an exchange student at Escola Superior de Musica de Catalunya in Barcelona, graduating in spring 2008 with excellent reviews.

Apart from playing classical music, Håvard is a very broad-minded musician. He has participated in many different musical productions in many different styles. At the age of 16 he started playing the cello which now allows him also to work as a cellist.

Lately his great interest for folk/traditional music from all over the world has led him to participate in folk festivals, playing in different folk groups and touring in Sweden, Croatia, Slovenia and Belgium. Håvard is currently part of many different groups/ensembles where he both acts as pianist and cellist, including his collaborations with Neila Benbey, an Algerian singer based in Barcelona, HAV folk trio, playing music from Balkan, Scandinavia and Armenia.

In 2011 he founded the Barcelona Ethnic Band, a group who plays traditional music from all around the world, and has performed all over Catalunya, releasing their first album in 2013.

His artistic experience, also leading Ethno programs in various countries, moved him to become one of the initiators of Ethno Catalonia in 2016, for which he is one the Artistic Leaders.

Pau Baiges began to learn music in general and the piano in particular when he was six. He holds certificates from the ESMUC, the Richard Strauss Konservatorium of Munich and the Koniklijk Conservatorium of Brussels. He has also studied jazz and improvisation at the Barcelona Taller de Músics and Traditional Music of many countries.

Pau has performed as a soloist and in chamber ensembles and has directed several stage productions, including operas, in different parts of Europe. He has won prizes for piano and for chamber music at several music festivals and has also been awarded various grants during his training. He lived in Belgium from 2011 to 2015 and worked as a teacher and pianist at the “La Petite Maison” psychiatric hospital in Chastre, as part of the Equinox socio-artistic project directed by Maria Joao Pires. He is one of the founders of the Barcelona Ethnic Band, in which he has been playing since 2010.

Having played the accordion at Ethno Music Campus/Festivals in Sweden, Croatia, Slovenia and Portugal, Pau became one of the initiators of Ethno Catalonia 2016, and also one of its Artistic Leaders.

Menu
We use cookies on our website to give you the most relevant experience by remembering your preferences and repeat visits. By clicking “Accept”, you consent to the use of ALL the cookies.
Cookie settingsACCEPT
Manage consent

This website uses cookies to improve your experience while you navigate through the website. Out of these, the cookies that are categorized as necessary are stored on your browser as they are essential for the working of basic functionalities of the website. We also use third-party cookies that help us analyze and understand how you use this website. These cookies will be stored in your browser only with your consent. You also have the option to opt-out of these cookies. But opting out of some of these cookies may affect your browsing experience.
Necessary Always Enabled

Any cookies that may not be particularly necessary for the website to function and is used specifically to collect user personal data via analytics, ads, other embedded contents are termed as non-necessary cookies. It is mandatory to procure user consent prior to running these cookies on your website.